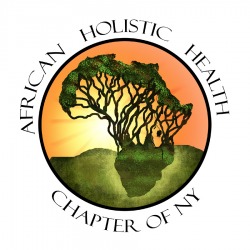 Dr. El Ha Gahn
El Ha Gahn is the Director of The Academy of the Cultural Arts & Life Sciences, a school that trains people In the art of natural living. He Is a graduate of The Gibran Institute. He Is also a Master instructor In The Institute Of Certified Martial Artists. He has been involved In the Essene healing arts for 34 years. His Interest in this pursuit has taken him literally
around the World on a journey of discovery about herbal systems, healing methods and wellness strategies.

Having a rich family background of African, and Native American heritage, the contributions of wisdom from family members helped to inspire him in this direction. His travels and studies have taken him to such remote places as Jamaica, Nigeria, France and Israel and he has lived in several of the mountain ranges In the US. For 12 years as part of El Hapiru Monastic Order
he did organic farming In New Jersey and has had extensive training In forest and land conservation since a youth.

El Ha Gahn became Interested In wellness techniques as a result of a strong desire to get rid of chronic aliments he had as a teenager. The treatments he was receiving at the hospital were not helping, so he determined to conquer this difficulty. Additionally, seeing two of his family members suffer unto death and feeling helpless about It, started the journey. As a modern day
Essene, El Ha Gahn has been a vegetarian for thirty six years. He is also an Excellent culinary artist and can prepare some of the finest Raw and Vegan delicacies.

With a background In herbal essences and biochemistry, El Ha Gahn Is the originator and manufacturer of the ever popular Isle of Paradise Products.  Versed In a vast array of the ancient esoteric arts like Yoga, Meditation, Naphtali Martial Art, Moroccan & Egyptian Massage Techniques, aura reading, etc. These all represent the focus of his dally life. As an Essene Healer he is dedicated to the re-education of people towards self development and continued
Natural wellness. By combining his arts and sciences into a single creative Discipline, he Is able to integrate his thoughts. Ideas and experiences Into an Approach to life that reflects a harmony of confidence, peacefulness and Inner Strength.
http://elhagahn.synthasite.com/

Dr. Paul Goss
Dr. Paul Goss, founder and president of NEW BODY PRODUCTS, was the 8th child of 10 born to Sam and Annie Goss in Canton, Georgia. He grew up in a small company town, Alcoa, Tennessee.

In this rural setting he received the basis for an international education. Not in the poorly funded segregated school, but from two of his neighborhood’s African elders. Mitchell, known as the “Root Doctor” and Ms. Bellamy, known to some as “The Herb Lady”. They were the local “root workers”. They knew the healing value of herbs and plants and how to prepare them as cures. Dr. Goss interest in holistic cures began when they recognized his potential and began instructing him in ancient cures that were passed on to them in much the same way.

Dr. Goss continued his education at historic Stillman College in Alabama. His real thirst for knowledge, however, simply could not be filled in a traditional college environment.

He went on to become an organic chemist for a large company. Through self study, he continued to increase his knowledge in holistic healing. Building on his modest beginnings as apprentice to “Doc” Mitchell and Ms. Bellamy, he started to develop his skills as a holistic health practitioner.

By 1965, he had begun to share his largely self-taught knowledge of herbs and holistic healing with a growing number of clients. In 1976, he established NEW BODY PRODUCTS in Compton, California. His holistic knowledge had by now earned him the formal title of Naturopathic Doctor.

Using iridology for diagnosis along with herbal remedied and vegetarian diets for treatment, Dr. Goss helped people achieve the NEW BODY they needed or wanted through his unique application of the ancient art of holistic healing.

Dr. Goss has lectured on holistic topics in nearly every US state and 17 foreign countries including Mexico, Jamaica, Africa and Europe. He has written four books, “Forever Young”, “The Natural Way”, “The Rebirth of Gods”, and “The Eyes of Forever Young” used in many universities today and he is the key developer of two holistic health resorts in North Carolina and Arizona call EDEN.

Today, NEW BODY PRODUCTS are used by millions and are distributed by hundreds of experienced holistic practitioners as well as lay people all over the United States and other parts of the world.

Deborah Singletary
Deborah Singletary is an interfaith minister, artist, and astrological consultant. She founded Vision Carriers in 1986 to nurture the growth and development of individuals in various states of transition through art, workshops, ceremonies, and private consultation.

Her workshops have been sponsored by The Wellness Center at RiversideChurch, The Bedford Stuyvesant Restoration Corporation, and The Mama Foundation for the Arts founded by Vy Higginsen. Deborah’s publication credits include The New Yorker and New Woman magazines.  She has also been profiled in the New York Daily News and The Hill: Journal of Clinton Hill Fort Greene & Wallabout.

Deborah has been a student and practitioner of astrology for 30 years. Her exhibition credits include the SchomburgCenter for Research in Black Culture’s major show, “Black New York Artists of the 20th Century.”

The legacy of Harriet Tubman informs and inspires Deborah Singletary’s concept of what it means to help others actualize their dreams and visions. Few people in the United States undergo the kind of danger and risks Tubman endured. However, learning to live authentically does take courage and insight if one is to overcome numbing societal and personal obstacles.