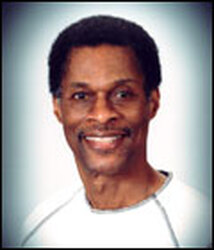 Dr. Llaila Olela Afrika had made his transition to rebirth. It is his request that we all carry out his legacy. He has left a map for understanding the body, the mind, and the spirit. He dedicated his life for his people, so that they will have direction in all aspects of holistic living. He has left his wife Dr. Melanie Stevenson to carry his torch.

As we all mourn, just know that Dr. Afrika lived his life full of GREAT Health and left on his OWN terms. Please keep his wife and family in your prayers.

He sincerely wanted his products, books, classes, and supplements to be available forever. His wife Dr. Stevenson will be a steward over his legacy. Let us all collectively move his work forward.

Dr. Laila O. Afrika, made his transition to the afterlife March 22, 2020 at the ripe age of 74.   He was a master holistic health teacher for students of the African Diaspora for 50 plus years.

He was a naturopath, and acupuncturist, massage therapist, historian, lecturer, freelance writer.  He studied privately and with teachers in Africa, Europe and America.  He believed that each of his clients (from children to the elderly) have been among his teachers and is fully indebted to all of them.  He further believed that his body has served as his primary educational institution.  He used a commonsense approach to health, diet, and disease.  He contends that health does not belong exclusively to any culture or race but is a human right and a product of nature.

Dr. Afrika’s background includes serving in the Medical ore in the military and several years’ experience as a psychotherapist.  He was vegetarian for three years, a vegan for two and has been a fruitarian for more than seven years.  He has also experienced extended fasts (from 30 days to 6 months) and used herbal and other holistic treatments exclusively since the early 1970s. He founded the Afro-American Health & Vegetarian Society, as well as a member of the Natural Naturopathic and Homeopathic Medical Union, the British Guild of Drugless Practitioners, the American Holistic Science Association, and the American Black Chiropractic Association. He taught on over 40 health topics, health diseases as well as historical topics.

MESSAGE TO HIS ALL HIS STUDENTS

Dr. Afrika would want us to continue the work !!